The Daily Drive is a daily (almost) post of all the prominent things going on in the sports world we didn’t cover, and anything else we might want to share with you. If you see Captain Dan roaming around the Phish concert this weekend, be sure to have snacks on you. 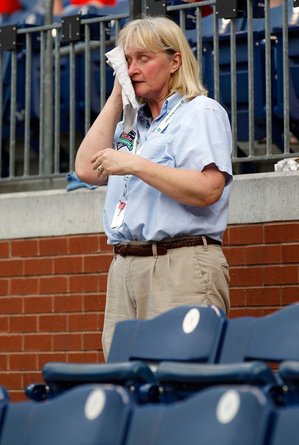 – The Philadelphia Phillies lost in 11 last night to the Chicago Cubs. Tonight game should be an early season classic, which pits Roy Halladay vs. Carlos Zambrano.

-This Joba Chamberlain thing is reaaaaaally screwing the Yanks.

Indians vs. Yankees preview, Stanley Cup Finals Game 6 prediction, and my apologies to Vida, after the jump.-The New York Yankees take on the Cleveland Indians this weekend. Questions from NY. Optimism from Cleveland.Apathy from me.

-The 23 Best Mullets in NHL history. Cause why the fuck make it a routine 25?

-The other day I said that Kim Kardashian’s booty was my favorite. I regret to inform you, I lied. I forgot all about Vida Guerra and I will do my best to make it up to her, but more importantly, you the reader, whom I let down.

-An Los Angeles stadium planner has reportedly been talking with NFL teams about interest in moving their team to the area.  No word yet if they will be called the Winnipeg Jets, or a new name will be picked.

-To the surprise of no one, Plaxico Burress did not have a great time in jail. (Via ESPN)

“There is nothing pleasant about prison,” he said. “There’s so much I can tell you and (at the same time) no one thing I can put my finger on. There’s an emotional toll and there were definitely some guys I was around who’d done things that made me say, ‘Really, seriously, I am here?’ ”

Yet Burress said he thought he left prison a better receiver than he entered.

ZING! I love it when ESPN does my volunteer activity for me.

-Roberto Luongo will be in net tonight for the Vancouver Canucks as they take on the Boston Bruins in Vancouver for Game 6 of the Stanley Cup Final. Jason Bourne on what the Canucks need to do to improve upon their recent lackluster play. I’m calling a 3-2 OT win for the Canucks. Kesler with two early, and Thing 1 with the OT winner. Just for fun: breakaway stick side, top shelf, right where the clerk keeps the X-rated DVDs.

-Finally, Rachel McAdams may be the hottest woman on the planet. Starred in The Notebook and she’s a hockey fan? Signed, sealed, delivered.