No youuuu touch it.

The United States moved past Jamaica in the quarterfinals of the CONCACAF Gold Cup on Sunday. Jermaine Jones broke the tie at the 49th, banking the ball of a defenders foot. Clint Dempsey would cash in an insurance goal later on. Volley my header, CNN –

Jones fired a shot from outside the penalty area in the 49th minute, and Jamaica defender Jermaine Taylor stuck out his foot, deflecting the ball past goalkeeper Donovan Ricketts.

Jones was in the middle of several big plays until he left the game in the 75th minute for substitute Maurice Edu.

Jermaine Jones apparently was born in Germany and played for their National team a few times before the U.S. allowed him to switch sides and join the good guys.  Not all good things came from the game, as U.S. striker Jozy Altidore left the game early with an injury.

The U.S. also suffered a blow early when striker Jozy Altidore left with a strained left hamstring and was replaced by Agudelo in the 12th minute. After the game, Bradley said he didn’t know what Altidore’s status would be for the remainder of the tournament

Not the best news for the States, but I’d rather lose Altidore now when we’re playing countries whose citizens would rather sneak into our country.

The U.S. next foe, after the jump.

The United States will face Panama — which eliminated El Salvador 5-3 in a shootout — in Wednesday’s semifinals in Houston.

Great for the United States, sure, but something about me just doesn’t give a shit. And I like soccer. I’m just so apathetic to a tournament where we play teams like Honduras and Panama. I’ll turn on the TV when we start playing countries that were part of world wars, like Italy, England, and Russia. If you’re country wasn’t involved in some sort of ethnic cleansing, either for or against, then I’m not interested. 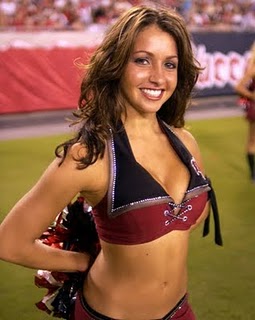