Wow. What a night for both the Phillies and the Yankees. Can’t really put into words how nervous both the collective fan bases were last night, but I had at least 2 and a half heart attacks I think. AJ Burnett? Props. Benny Fresh? You sly dog. 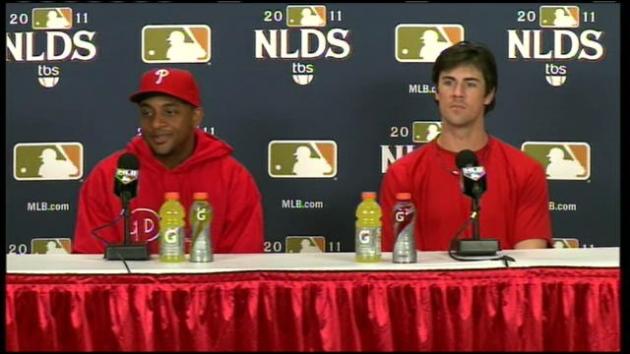 "Um Benny Fresh on the podium? Is the world ending?"

No one really expected Ben Francisco to be the hero of the game last night, but when Tony LaRussa walked Chooch up he came to the dish. It’s interesting what went through LaRussa’s mind (then again, no one ever knows what the hell he’s thinking) but walking Chooch who had one hit in the series to get to Francisco who does have some pop? Interesting move Mr. Baseball. But give Ben credit. He’s done virtually nothing this year and went from being the opening day RF to the 3rd/4th bat off the Phillies bench. But no one gives a fuck anymore. Huge hit. Saving season hit. Yeah it was only game 3, but you don’t want to go down 2-1 in any series. So cheers Benny Fresh, you’ve officially made some Phillies fans extremely happy/backed many off the ledge. Also give some credit to Cole Hamels. The Cardinals hitters ran every count deep and battled each at bat, however Cole did his job and got through 6 innings without allowing a run. 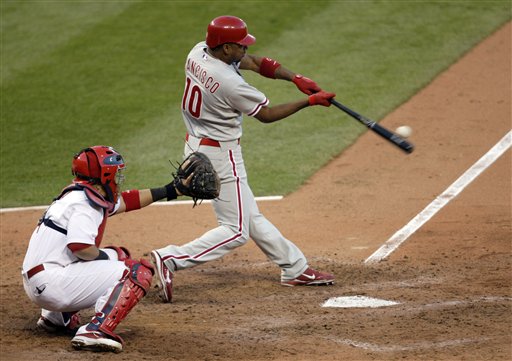 "GET THE FUCK UP BALL" - Tim Parker

As for the Yankees? What more can you say? You knew their offense would come through against young Rick Porcello, but what about the great head case, Mr. A.J. Burnettt? Well he was vintage World Series 09′ Burnett. Kind of. He’s getting all the credit, but let’s give it to Curtis Granderson. Had he not made that first inning catch it is possible Burnett doesn’t make it out of the 1st inning. He did though, and A.J. managed his way through nearly 6 innings allowing just one run. Then the flood gates opened and the series is now headed back to NY for the always exciting game 5. 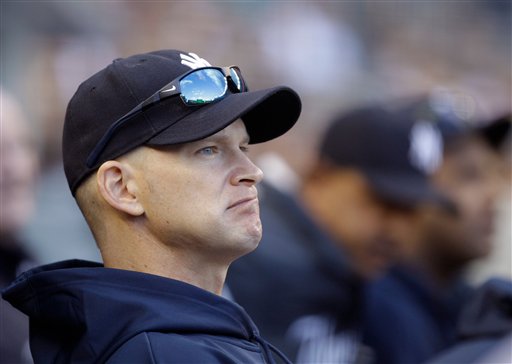 "I still fucking got it, bitches"

So what am I getting at with this post? Each team needs 9 more wins to win the World Series. Let’s get it little Roy.