In honor (or dishonor?) of Jerry Sandusky this week’s picks will include a “most likely to pull a Sandusky” because I love spotting a child predator. Fucked up? You bet. Inappropriate and too soon? Damn straight. I apologize in advance if I offend anyone.

I’ll take Philip Rivers over Carson Palmer any day of the week. Even if he really, really sucks there is no way that he can suck as much as Carson Palmer. Let the suck fest begin. Chargers 34 Raiders 20.
Most likely to pull a Sandusky? Al Davis. Even though he’s dead I’m sure he still haunts little boys. He defined creepy.

New Orleans SUCKS at home. That’s what I’m basing my pick on. That and the fact that Julio Jones is a MAN. Falcons 29 Saints 25.
Most likely to pull a Sandusky? Arthur Blank. The Falcons owner has always been kind of weird to looking to me. That and he REALLY loved Mike Vick.

Interesting game for both teams. Chicago has been very hot lately and is coming off a huge win on Monday night against the Eagles. The Lions are coming off a bye and are getting healthier. Bears 24 Lions 18.
Most likely to pull a Sandusky? Calvin Johnson. What little kid doesn’t love…

Hey Mike Tomlin….FUCK YOURSELF. If Andy Reid was black, skinny, had perfect hair, and a Super Bowl ring (Sorry Eagles fans) he would be Mike Tomlin. If he runs out the clock and doesn’t blow up the ending of the Ravens game Timmy P pockets a cool $712. Instead I wanted to blow my face off. Steelers 24 Bengals 20.
Most likely to pull a Sandusky? Ben Roethlisberger. Once a rapist, always a rapist.

Just when you think the NFL can’t throw up an uglier game, they pull this one out of their asses. Browns 12 Rams 7.
Most likely to pull a Sandusky? Peyton Hillis. Pure bitterness here. He’s on my fantasy team and has absolutely sucked/not played in quite some time.

Love this game for Buffalo. Dallas is on the verge of rock bottom. They stumbled a bit against the Seahawks after getting bombed by the Eagles and with Miles Austin out for a couple weeks things could start to get ugly in big D. The Bills played horrific against the Jets, but the Cowboys defense isn’t the Jets defense. Bills 23 Cowboys 20.
Most likely to pull a Sandusky? Yeah there’s no need, you already know who it is.

The battle of two QB’s with beautiful blonde locks. I can’t see Indy scoring against Jacksonville’s defense which played very well recently. I also think MJD is going to go wild. Jags 24 Colts 17.
Most likely to pull a Sandusky? One of the blonde bombshells.

Thanks Kansas City for ruining the #suckforluck campaign. Instead the Dolphins will wind up with pretty boy Matt Barkley who will surely suck. This game is crucial for the Chiefs season after laying an egg against the Dolphins. The Broncos must be excited after a big win over the Raiders, but let’s temper the expectations Tim Tebow is still playing QB. Chiefs 24 Broncos 13
Most likely to pull a Sandusky? I have to.

Bye #suckforluck! 2 game winning streak here we come! Woo-hoo! Isn’t it sad that you work so hard lose 7 straight games then one win and poof goodbye franchise QB. Oh well, baseball is only a couple months away. Dolphins 21 Skins 14.
Most likely to pull a Sandusky? Mike Shannahan. He’s always had that “thank god that isn’t my dad” look to him.

Oh Eagles fans. One week it’s Andy Reid=Fat Fucking Genius. Next week Andy Reid=Fat Fucking Idiot. The Eagles need a lot of the FFG Andy Reid if they want to have a prayer at making the playoffs. It’ll start up once again this week against the hopeless Arizona Cardinals. Eagles 35 Cardinals 13.
Most likely to pull a Sandusky? A lot of people would say Andy Reid, but I’m going with Mike Vick. He is a criminal and we all know what happens in jail!

The Texans are good. I love that they have duel running backs, a solid QB, and a tough defense. Even without Andre Johnson and Mario Williams they are still plugging along destroying other teams. Tampa has been very up and down this season, but isn’t very good and will have to start struggling at some point. Texans 24 Bucs 13.
Most likely to pull a Sandusky? It’s getting hard to do this (no pun intended).

I remember writing something last week about Chris Johnson and Flavor Flav looking alike, but after watching the game last week I think Chris Johnson may actually be Flavor Flav. He had a 20 yard run in the first half and the crowd was so excited they acted like they just saw Jerry Sandusky get his head chopped off. As for this game? who the hell knows. Panthers 27 Titans 20.
Most likely to pull a Sandusky? Chris Johnson. He does look like this man. 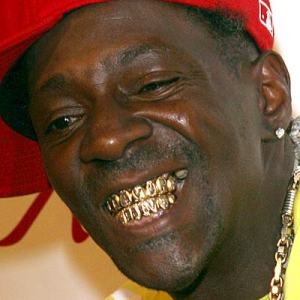 Very bitter. Verrrrrrry bitter towards Baltimore I am. Has any team gone from being a Super Bowl contender – to missing the playoffs and looking horrific against two teams – back to being a Super Bowl contender so quickly??? One lucky win against a stupid game planned Pittsburgh team and everyone is right back on their dicks. Including me. Ravens 34 Seahawks 13.
Most likely to pull a Sandusky? Charlie Whitehurst. He looks like Jesus!!!!

Interesting game. Giants had another wild game against the Pats coming out with a HUGE victory, while the 49ers did what they do, win ugly. Both these teams are sneaky underrated and will go as far as their two incredibly shaky QBs will take them. They both are bit banged up and it can go either way. Giants 21 49ers 20.
Most likely to pull a Sandusky? Eli Manning. Everyone knows he likes little boys.

The Jets defense was insanely good against a solid Buffalo Bills team. I think they are going to build off the big win and run all over the Patriots. HOWEVER, Tom Brady has to be livid after last week against the Giants. Very rarely do the Patriots lose and Tom Brady takes most the blame. That scares me, he could go all Tom Brady in the Jets faces. Jets 24 Patriots 20.
Most likely to pull a Sandusky? The possibilities are endless. I hate SOOOOO many people that are associated in this game. Rex Ryan, Bill Belichick, Antonio Cromartie, Tom Brady, Mark Sanchez, the list is endless!

Green Bay es muy bien. Packers 45 Vikings 20
Most likely to pull a Sandusky? The Green Bay Packers. That is if the Vikings were little boys.

*** In all seriousness everyone associated with the Penn State scandal should be embarrassed with all this shit. I can poke fun at it, but this is a fucked up situation and it is good that heads are finally starting to roll even if it is the face of Penn State for the past 40+ years. Saturday is going to be very interesting for fans, players, and especially Joe Pa. Happy Valley is going to be in mourning for many years to come.