I only have to pick four games??!?!?!? That’s candy. What makes the playoffs even better is that I don’t need to write something for stupid games like the Rams-Seahawks.

Sadly, my favorite team to make fun of isn’t in the playoffs. What happened NY Jets?!?!?!?!? I thought this was the year that it allllll was going to click. Not so much. Granted, my Dolphins sucked. I get it. Haha make fun of Tim. But honestly not too many people were on the Dolphins Super Bowl bandwagon to begin with, me included.

The Jets were different. Going into this season a lottttttta people I know talked a lotttttttt of shit about how great the Jets were going to be this season. I just don’t get why they did….Let’s recap this team:

This man is your head coach: 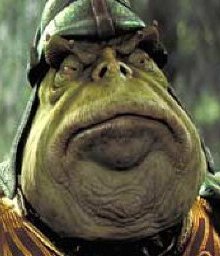 Oh, there’s sexy Rexy. He’s really good at talking shit, and then not backing it up.

As I said ALL SEASON. THIS MAN IS YOUR QUARTERBACK:

And this is your “star” wide receiver who quit on your team midway through their most important game of the season. 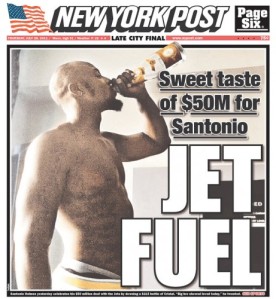 Oh Jets fans. I love how miserable you all must feel right now. Your team has successfully reached complete implosion level. Congrats!

Thanks NFL, way to put the shittest of the four wild card games up to bat first. I wish I could go back in time and bet that TJ Yates would be starting an NFL postseason game. I feel like the odds of that were at about +20000000000. Both teams kind of limped into the playoffs and its hard to trust a rookie QB on the road in the first round of the playoffs. Then again, he is facing TJ Yates who could account for at least 3 fuck ups on his own.

You gotta expect Yates to look early and often to Andre Johnson. Besides that he’s just going to turn and hand the ball off to Foster/Tate. I’ll take that over the roommate-beating Cedric Benson and a bunch of no name receivers on the Bengals. The Texans have been in the playoffs and grand total of 0 times while the Bengals haven’t won a playoff game since 1990. Expect this game to be filled with ugliness. Texans 17 Bengals 10

The Lions just let Matt Flynn throw 6 touchdowns against them in a game they NEEDED to win. Drew Brees is Matt Flynn times 2 zillion. Him and Aaron Rodgers are on a different level right now in terms of waxing opponents tits off. There’s no question that he’s gonna get his in this game. However, let’s not forget how the Saints did last year in the playoffs. Remember this ?

The Saints are a very good team and at home they are nearly unbeatable that’s what is going to make them very tough to beat. Expect Matt Stafford/Megatron (both making their playoff debut) to do their part to keep it close, but the Saints want to make a statement after last year’s blow up. Saints 34 Lions 27

It better be cold enough this weekend so that Tom Coughlin has to break out vaseline face once again. Still one of my playoff favorites from the Giants run that year was seeing that poor old man trying to stay warm (or keep his face from freezing off) by putting vaseline all over his face. Give Coach C. some credit though. He’s done a great job in his tenure with the G-men and they once again find themselves in a good spot, playing insanely well going into the playoffs.

The Falcons are good, but for some reason they always manage to suck in the playoffs. If I ran this team I’d put Julio Jones, Roddy White, and Tony Gonzalez all on one side of the field and say good luck stopping this Giants. Instead they do gay stuff like letting fat-tubby Michael Turner run the football 95% of the time. The Falcons will need some balance in this game since A. Their offensive line sucks and B. The Giants have about 37 defensive linemen who are all nasty. This one will be tight and could go either way, but I’ll bank on the Falcons fucking something up. Giants 24 Falcons 20

Ok let’s get this straight:

And they are still 8.5 point faves??????? Well, that’s because they are facing a Broncos team that is facing one MAJOR issue:

– Tim Tebow is fully healthy and starting at QB

The Broncos lost their way into the playoffs with an 8-8 record and get a home game against a banged up Steelers team. This game is very similar to Saints @ Seahawks from last year. No one gave the Seahawks a chance and they went out and won big over the Saints. That won’t happen this year. The Broncos offense has been downright horrendous the past few weeks including a completely unimpressive 7-3 loss last week. No bueno.

The Steelers are in the same boat, but for different reasons. I’m convinced Big Ben’s ankle snapped in half a couple weeks and he’s just been taking the world’s greatest steroids in order to heal. No Mendenhall/Moore means their running game is fucked, so it pretty much comes down to do you trust Tim Tebow or Big Ben with one foot? It’s a no brainer, unless Tim Tebow somehow switches his upper body so that he doesn’t throw like my Grandma. Steelers 19 Broncos 7