Shit That has happened since I Last Posted

Well well well…..it has been quite a while since I have had the motivation to write anything in this space and I really don’t have any excuses except that I am lazy as a sloth.  Just to bring you up to speed here are a few of the highlights/lowlights in my life since my last post on March 13th 2012.

Chase Utley and Ryan Howard missed half a season

Cole Hamels Made a lot of money

END_OF_DOCUMENT_TOKEN_TO_BE_REPLACED

Well I know it has been a long time since this website has seen my words strung together to form sentences, but nothing will make a man grab his keyboard like the fantastic football rivalry that is the NY football Giants and the Philadelphia Eagles.  Now most of you know that my allegiances are with the boys in green, but it takes two to tango as they say, and the NY giants are the Ying to the Eagles Yang.  The battle between these two teams has everything necessary to form an unmatched rivalry.  Close proximity, rabid drunk fan bases, big play potential, a love of Pork Roll/Taylor Ham.  The Eagles have gotten the best of the G-Men recently running off a string of six wins in a row, none more memorable than this one.  Growing up in Central Jersey I was surrounded by both Eagles and Giants fans, and some of my best friends support big blue.  This has lead to heated arguments, cheap shots in rough touch football, shit talking of epic levels as well as the shunning of each other after a tough loss.

END_OF_DOCUMENT_TOKEN_TO_BE_REPLACED

Nnamdi Asoughakhkalhkjahs...uhhh were gonna need to come up with a nickname

Well obviously Andy and Howie read my scathing review of their off season plan and decided to make a couple big splashes.  Babin, Rodgers-Cromartie, Cullen, and Nnamdi are now members of one of the top, if not THE top team in the league.  Might be a little early to say that but I don’t give a shit.  The Birds just put the league on notice and they are apparently going “all-in”  this year (side note….shouldn’t you go all in every year?).  I don’t know what it is, but players just seem to want to play with Mike Vick.  Maybe they are all still amazed at his potential, or they love to use him in Madden   His 99 rating is unprecedented.  Either way, I don’t give a rats ass as long as they suit up in the midnight green.

END_OF_DOCUMENT_TOKEN_TO_BE_REPLACED

Eagles sign some hack they cut two years ago 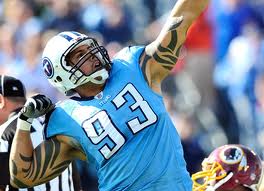